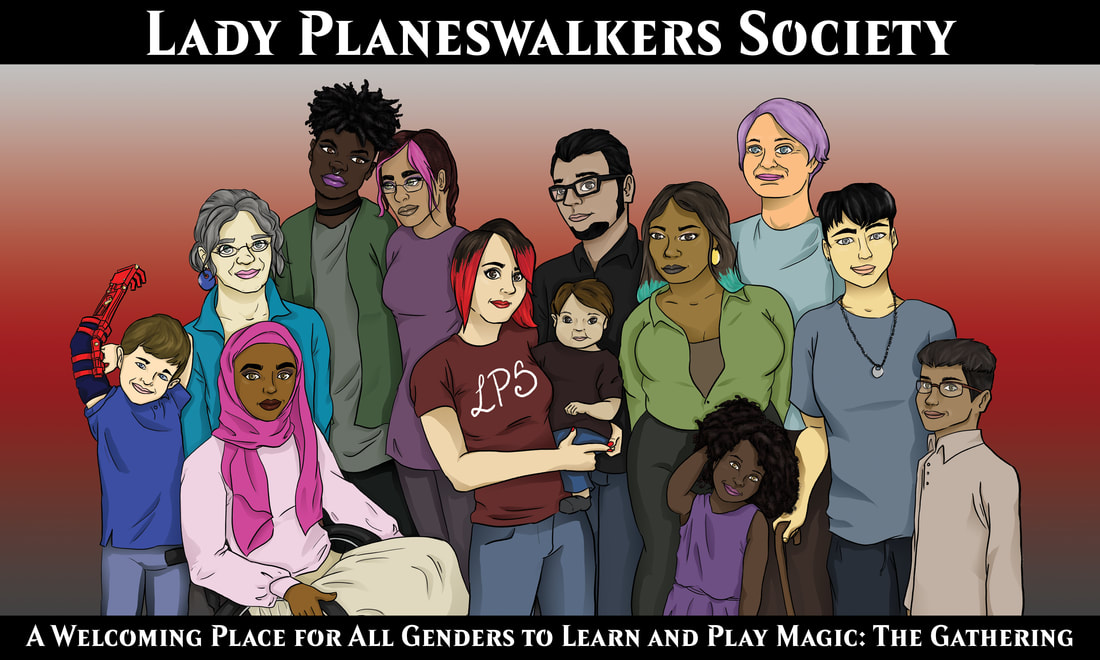 Bittersweet Endings, Hopeful Beginnings - An Announcement from the Founder

I am officially making a huge announcement. After months of serious consideration, I’ve decided to resign as the Organizer of the Lady Planeswalkers Society, effective January 1, 2019. This was not an easy decision or one I’ve taken lightly, but it is time.

After 8 years, I am ready to move on to the next stage of my life. I’ve been unable to be as involved as I would like since having a child, so I’m stepping down to focus on family and to further pursue my career as a writer. I am the kind of person that when I am dedicated to something, I want to give 110%. I have not been able to do this for LPS since having Xander. I feel like I have done all that I could as a mother, full-time worker, wife, and community leader. When I quit my job for my mental health and to refocus, I found that I am ready to move on to the next chapter of my creativity and passions.

8 years is longer than I’ve consistently committed myself to one project and I’m very happy with the success that the group achieved across the globe and in the Seattle convention and Magic scene. This organization was bigger and better than I’d imagined in all of my wildest dreams. I’m ready to chase my next dream!

There is no way for me to accurately describe what this group has meant to me and the effect it had on my life. I am very grateful for all of the help and support over the last 8 years from the incredible volunteers, friends, family, the Magic community, and the gaming industry. I am thankful for the opportunities that this organization allowed me to pursue. This was an incredible journey that I will always be grateful for and look back on with fond memories. I have made lifelong friendships and grown as a person from this experience.
I hope to see chapters continue to open across the globe and I hope the group continues to be successful. I will miss being so involved, but I know this is the right decision for me. I will still be connected to the Magic scene as a player and a writer, hoping to continue opening the gates for new players.

Thank you for being such an amazing community to me. I look forward to seeing you around at conventions and Magic events <3

​25 Years Of Magic: The Gathering, And How It's Changed The Gaming World 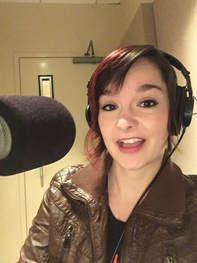 The founder of LPS, Tifa Robles, was joined by Mark Rosewater (head designer for Magic, Wizards of the Coast) and Neima Jahromi (writer, The New Yorker) to discuss the importance of Magic and the game's success over the last 25 years on NPR's On Point.

Listen to the podcast or read more here! 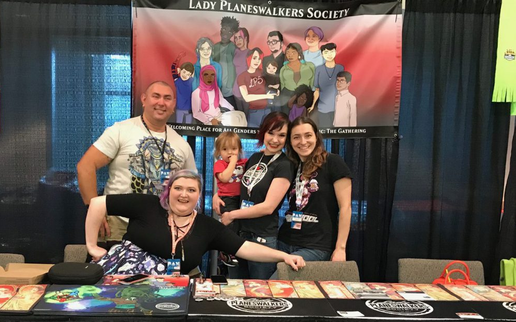 This last Labor Day weekend was our 6th time attending PAX West in some capacity. This year, the organization partnered with Planeswalkers for Diversity. The two groups focused on teaching attendees in the Diversity Lounge all about their mutual mission to increase inclusivity in Magic: The Gathering through building chapters around the world that welcome players of all skill levels, genders, races, ages, and abilities into the game in a friendly way. We focus on helping beginner players into the game, but also provide a stepping stone into tournament play. The Diversity Lounge had a crowd all 4 days and lots of people were interested in how they could be involved. Overall, it was very successful for the organizations’ continuing footprints in the gaming industry.

Read more about it here!

The Twenty-Five-Year Journey of Magic: The Gathering 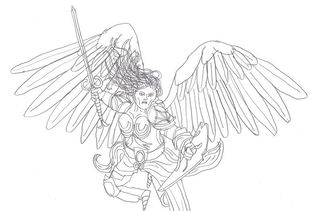 The New Yorker featured an article all about the history of Magic. The engaging article included interviews with many community members and Wizards employees, including lots of women who have influenced the game in a variety of ways. This article also discusses the importance of inclusivity within the game, the game's representation of women, and how the player base has changed over the years.

​The founder of the Lady Planeswalkers Society dives deep into how Magic has helped shape her life in celebration of Magic: The Gathering's 25th anniversary. We'd love to see your stories too! Share them in our Facebook group. 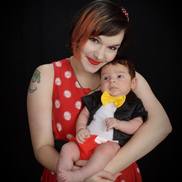 James Hsu speaks to Tifa about the Lady Planeswalkers Society, motherhood, and working in games. This podcast is about the players of Magic - their background, passions, and perspectives. The game is only the starting point -- because we are all about so much more than Magic.

"It was exciting to have the opportunity to talk about my experiences in a very real, human way. James was a fantastic interviewer and made me feel like my perspective was unique and valued. This was a refreshing talk and I hope it will be an interesting listen as well."
- Tifa Robles
​ 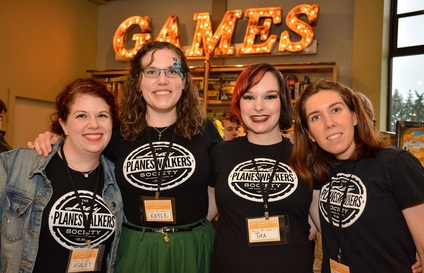 In five years we have grown and continue to grow, evolving with the group as time goes on. The events each week have a high attendance, we have roughly 80 chapters all over the world, our FB group has over 1600 members, and we are the official Learn-to-Play Magic experience for many conventions. I never imagined the impact it would have on me, the Magic community, and the gaming world.

​I've made more friends through this group than I count and my life has truly been changed forever. This group has helped me grow as a person, personally and professionally, and as a Magic player.

If you'd like to celebrate with us next week, we will be drafting a grab bag of almost all the sets that have launched in the last 5 years: https://www.facebook.com/events/197187874016843/

2 Ways to Grow Your Community

The Lady Planeswalkers Society and our sister organization Planeswalkers for Diversity were featured in this article on the official Wizards of the Coast Organizaed Play website!

We are super excited and honored to be included, and we are thrilled that this movement of diversity in the game is being taken seriously at such a crucial level. Thank you, Wizards!

​Polygamer is a biweekly audio podcast that encourages and celebrates equality and diversity in gaming by interviewing voices pushing for change. By speaking with traditionally marginalized voices, Polygamer provides a platform to discuss problems and seek perspective on matters of sexism, racism, ableism, ageism, and more, within our industry, our community, and our games. Polygamer publishes on iTunes, Stitcher, and TuneIn the second and fourth Wednesday of every month.

In this episode, Tifa Robles discusses how the Magic scene has changed in the last five years and what the LPS has done to address issues of harassment; how players can create diverse, safe play spaces, including starting their own LPS branch; and how playing a collectible card game isn’t as expensive as it may seem.